Lives entwined at a single moment.

Miles has a fear of beetroot while Ingrid cannot stop cutting herself. Grace is still looking but Joseph wants his mother to remember. Clementine has a secret and Josephine is still waiting for her husband to walk through the door. Pandora is just having a bad day.

At the scene of an accident, seven lives converge. 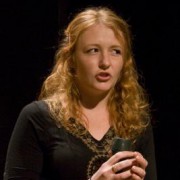 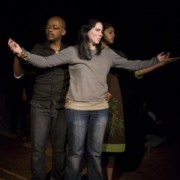 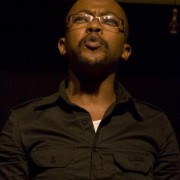 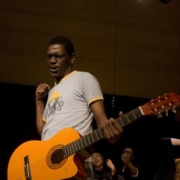 “A meditation on memory. Sometimes to forget is to have no roots; sometimes to remember is to have no future. Faultlessly performed, this poignant piece looks at remembering and forgetting in different life stories. The seemingly disparate threads are cleverly woven together.” Cue (2007)

“How do you feel about your memories? Like you, the seven characters of Remembering You Like Something I’d Forgotten each have memories they can’t erase, and important details they just can’t recall. With few props or effects for company, their memories are stitched together to try and make sense of it all. Remembering gets bonus points for impressive physical set-pieces and crossing languages convincingly… this is a cute, well-constructed drama that might make you remember that ‘thing’, you know, that ‘thing’, that you’d forgotten.” Channel 24

“A beautifully written and directed piece about memory, identity, and relationships, performed by a talented and committed cast. Sensitive and courageous ensemble work enables multifaceted explorations of remembering and forgetting. Recommended.” Cue (2008)

… see I don‘t know how I know you… we have met before… it’s on the tip of my tongue.

The story behind Remembering You

I had the amazing opportunity to visit South Africa and co-direct, with established theatre practitioner and director Hazel Barnes, a new play by a young South African playwright Louise Buchler for the Grahamstown Festival in July 2007.

Remembering You like something I’d Forgotten was developed with a young, very talented cast of seven actors – Mbo Mtshali, Merise Knock, Avershree Maistry, Benjamin Dlamini, Kiara Worth, Jacqueline Keevy and Thobeka Zimu – who were studying at the University of Kwa-Zulu Natal in Pietermaritzburg.

Inspired by memory boxes and using their own experiences to create the story, Louise then crafted a visceral and emotional play about seven lives interconnected by memories that converge in a single moment.

Following a short but successful run at the festival in 2007, it was revived and with new cast members, Lillian Southey and Arifani Moyo returned with acclaim to the Grahamstown Festival in 2008.